Built in 1997 we picked up this  Suzuki GS500e  to do our trip to Ireland. After some work she made it there and back again with no problems and is also now a daily commuter bike. One big well loud problem I had with the bike was that when starting it up one morning there was a loud bang and than it sounded like a Harley. Up on inspection I noticed I had blown the exhaust can apart so a quick look on Ebay and Ł20 later I had a nice after market can fitted. Now know as Tonto’s biker bingo the latest problem is the rev counter cable has broken so another little job to do. 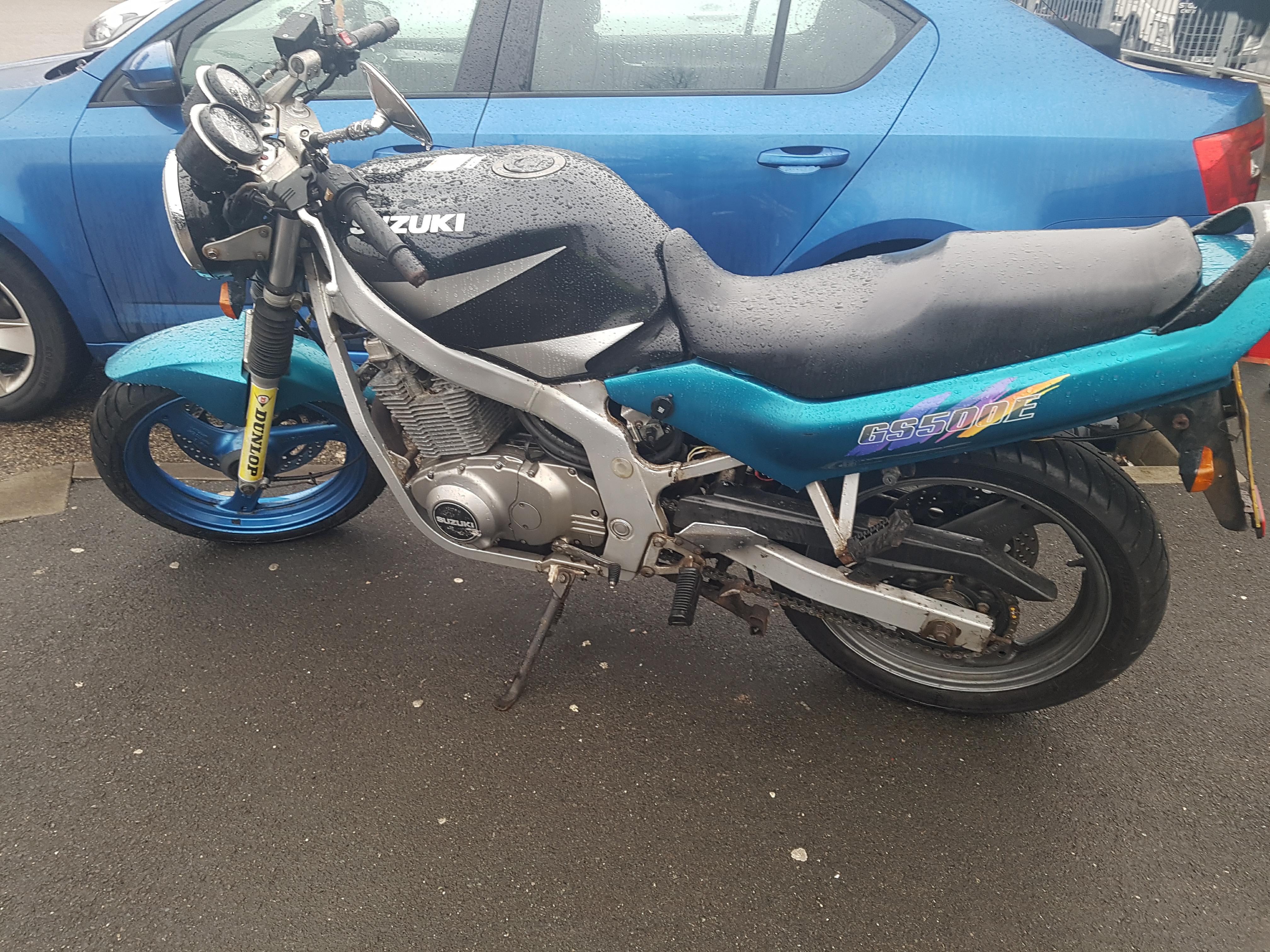 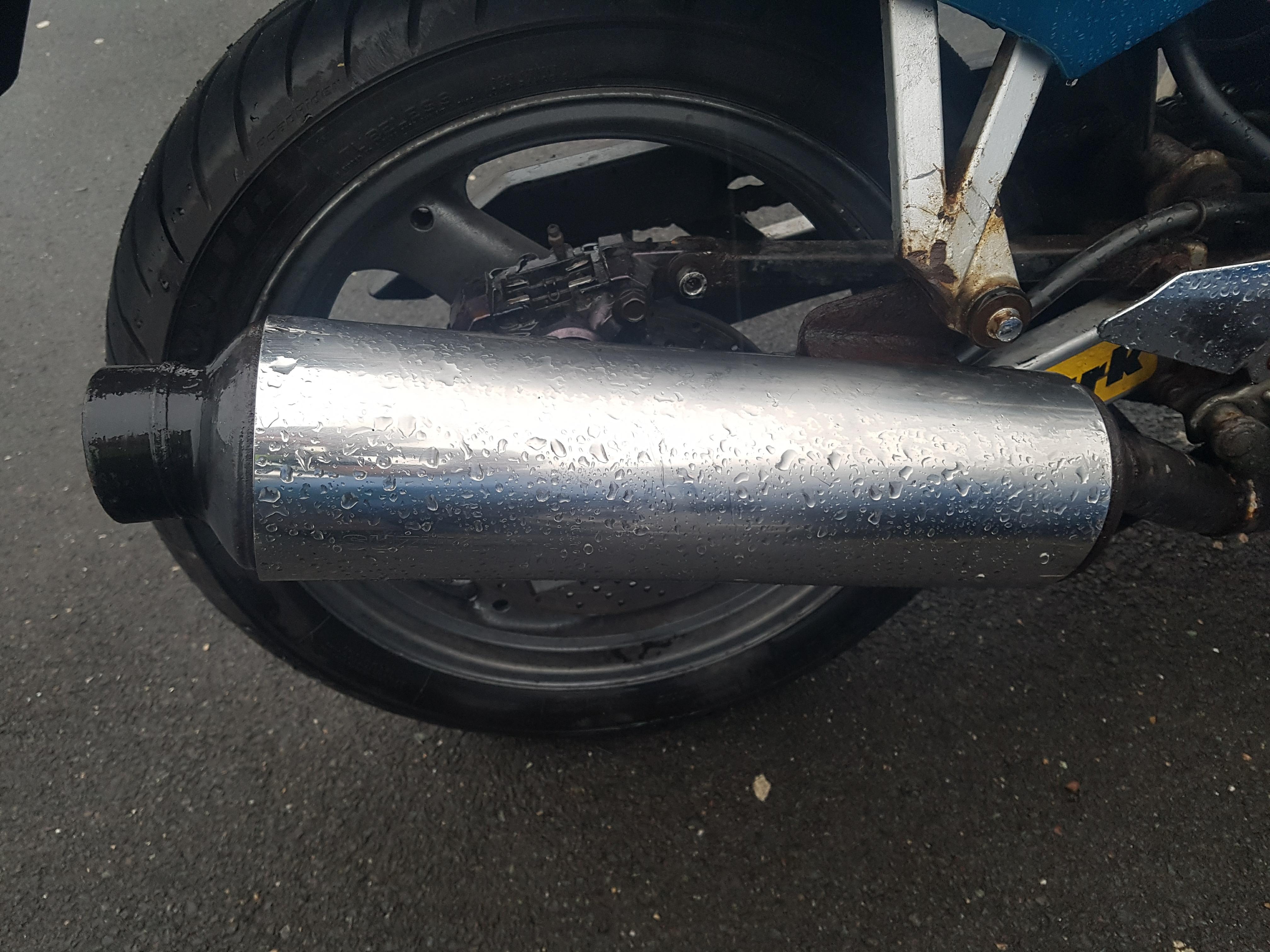 How the rear can did look on the bike

A mix-match of colours and the wrong tank as well as the wrong fuel tap work is needed to make her safe to ride. When checking the back wheel it was found to be lose as was the rear brake bar also the carb intake rubbers were split which was causing the running issues. 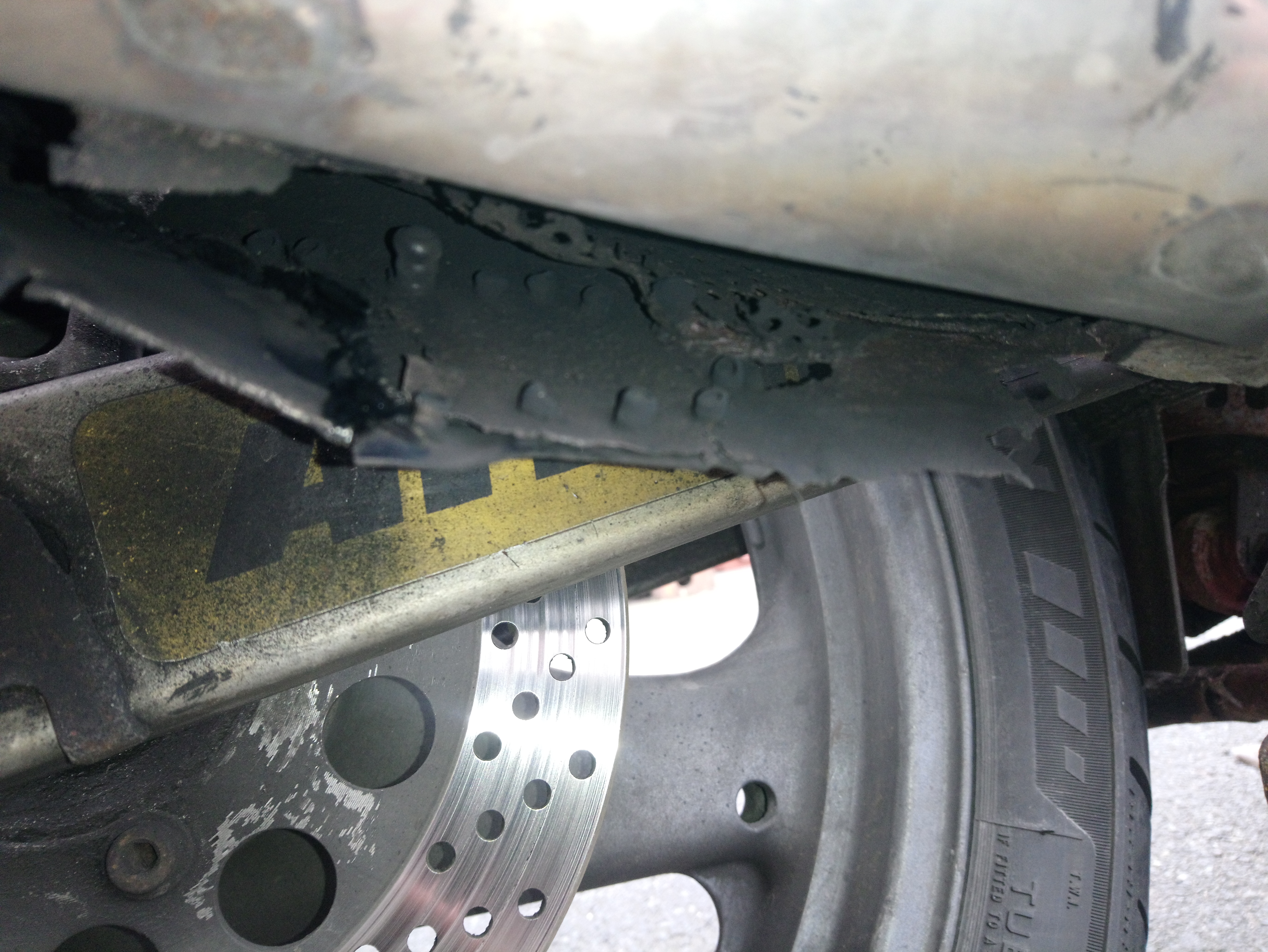 How the rear can did looked after a big bang

Once all the bikes jobs were done for the MOT it few through with no problems and then proved it’s self with loads of trips to work and back before completing a tour of Northern Ireland. Now though the bike is going to go into the workshop at some point and be stripped to the frame and have a ground up rebuild and also customised at the same time so watch this space 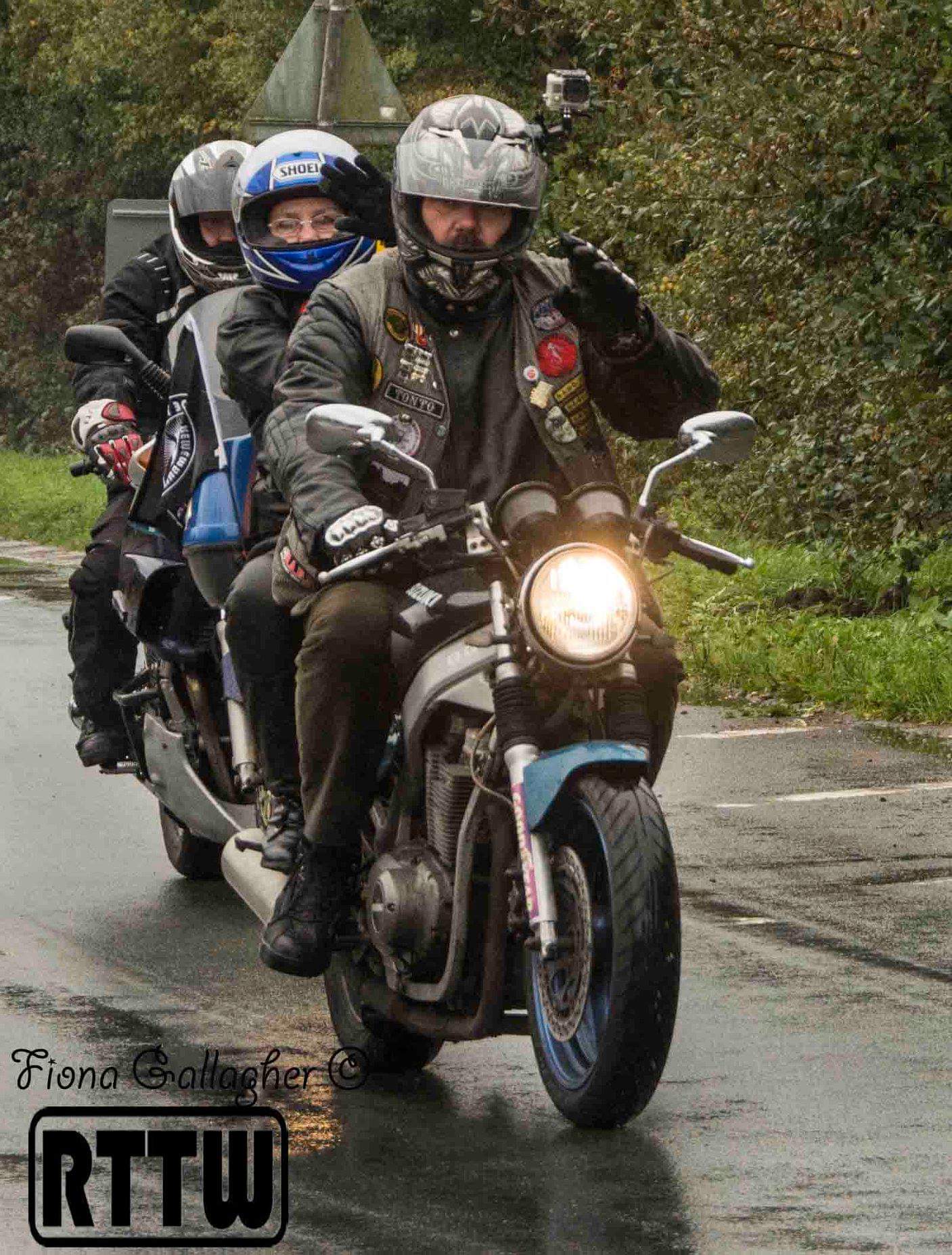 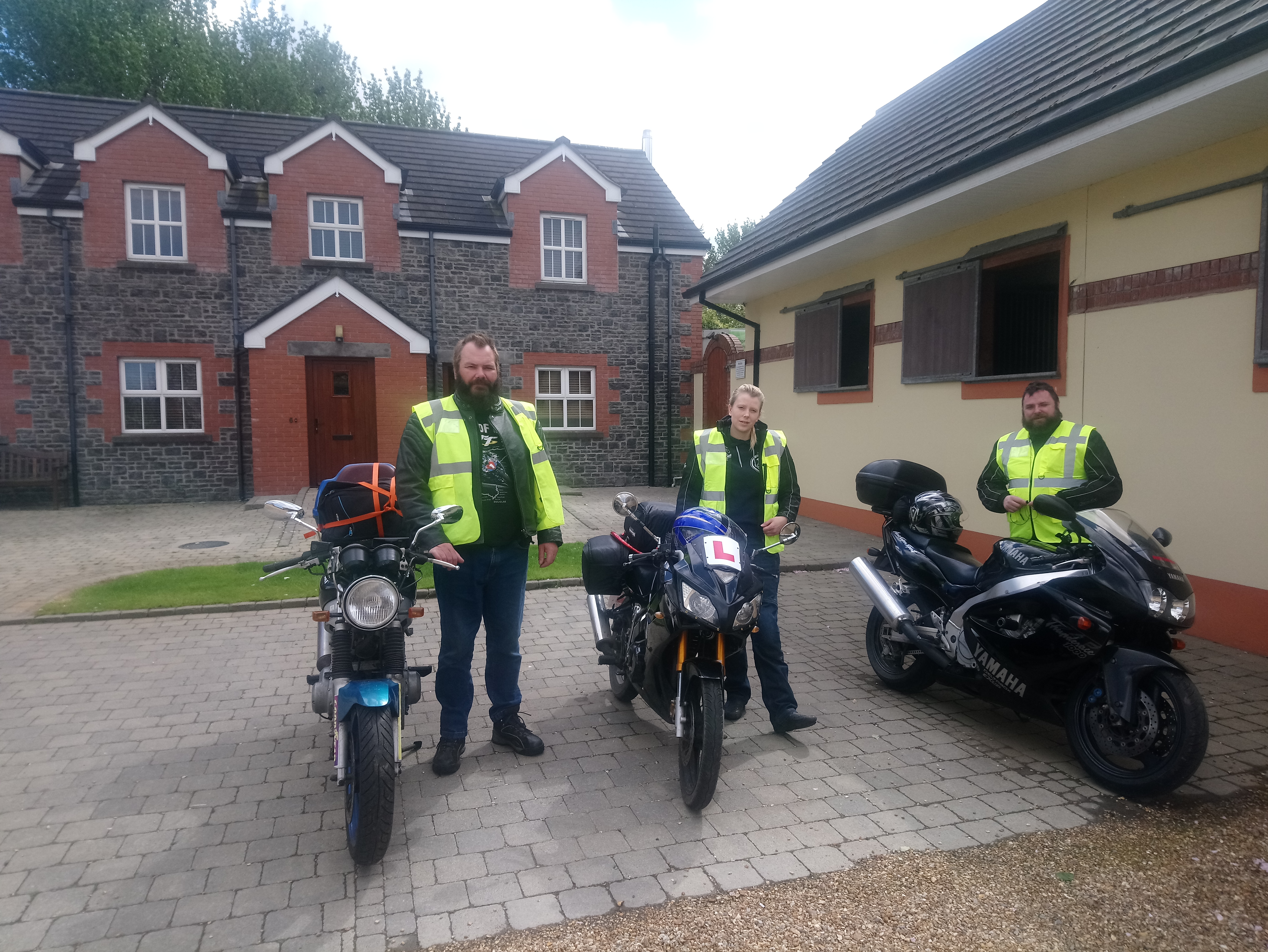 Completed Ireland tour and getting ready to come home

Ride to the Wall 2018 GS still doing me proud